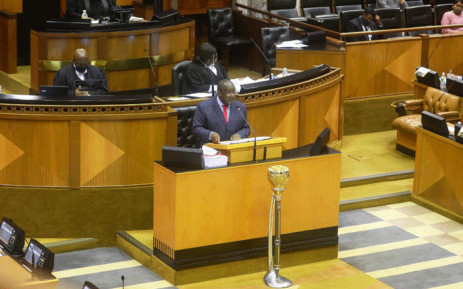 The National Budget 2021 did nothing to excite agriculture. Minister of Finance, Mr Tito Mboweni, delivered the budget in parliament today.

As expected, there was a strong focus on economic growth. Early on in his speech, the minister said that this budget would create South Africa’s framework to achieve a primary surplus on the budget in 2024/25 and stabilise debt by 2025/26.

“Economic growth does not happen because someone announced it during a budget speech,” says Mr Henry Geldenhuys, the TLU SA president. “The government wants to build an economy through government expenditure and grants. Any economy can only grow through processing, production and job creation. The government missed this part of Economy 101.”

Mboweni admits that the majority of the R2 trillion spending goes towards social services. The government is trying to make as many South Africans as possible dependent on the state, so the ANC controls them.

“The balance between people receiving grants and those who work and pay taxes is growing bigger,” says Mr Geldenhuys. “It is a ticking timebomb for the country.”

From an agricultural view – the industry which must save the country all the time – the 8% increase in the excise duties on alcohol and tobacco products will hit those producers hard. The combined aspects affecting the production process – such as higher wages, more expensive power supply and an increase in fuel prices – increasingly make it more difficult for farmers to show a profit.

“Because of the increased price of production costs, farmers depend on financing more, but the Land Bank is also on its last legs – even if the minister budgeted R7 billion for its rescue,” says Mr Geldenhuys. “The injection will not yield the needed results if the Land Bank does not restructure its management. The bank should be allowed to function according to the principles of banking without the government interfering and forcing an ideological agenda with unrealistic requirements for financing.”

The R791.2 billion infrastructure investment drive is a highlight but should be seen against the background of corrupt tender processes and inexperience.

“The government should get to a point where it takes hard economic decisions instead of ideological decisions,” concludes Mr Geldenhuys. “As long as anything other guides the economic direction, the economy will just stumble ahead.”