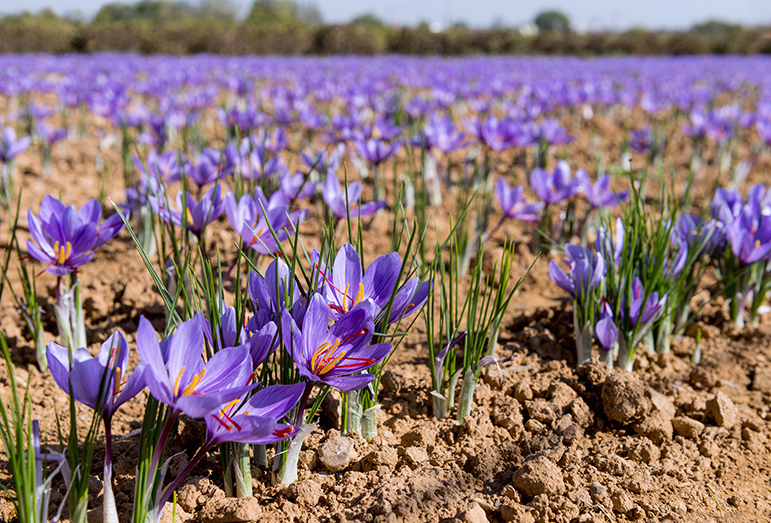 Saffron is used as a food seasoning, in natural cosmetics, natural medicine and as a dye in the textile industry.

After seven years of research, including four years to perfect saffron cultivation, a Northern Cape farmer is ready to introduce it to other South African farmers.

Bennie Engelbrecht, managing director of Saffricon, believes South Africa can become one of the biggest exporters of this spice, which is the most expensive in the world and earns precious foreign currency. Being a very labour-intensive industry with relatively low capital investment requirements, it is also ideal for emerging farmers and could assist with alleviating unemployment, says Cornè Liebenberg, director at Laeveld Agrochem, a partner in the project.

Engelbrecht says the saffron he has been growing on land between the Northern Cape’s Williston and Calvinia exceeds the (quality) of imported product in flavour and aroma. This superior quality reflects in the sales price.

The retail price in South Africa is about R250 000 per kg due to the labour-intensive process of picking the flowers and removing the threads by hand, says Liebenberg.

According to Engelbrecht about 150 000 of the purple flowers are required to produce 1 kg of saffron, with three saffron threads carefully hand-picked from each flower.

Saffricon is contracting farmers to cultivate its corms (bulbs) over a three-year period.

“We supply the farmers with our saffron corms (bulbs), which they then plant and cultivate before harvesting the saffron threads (made up of the crimson-coloured stigmas and styles) and selling the annual crop back to us. Under favourable conditions, the corms multiply underground, on average, about three times per year – that means if one corm is planted in the beginning of year one, you will, on average, have three corms at the end of that year, nine at the end of year two and 27 at the end of year three.

“The corms are sold back to Saffricon after year three, hence farmers’ take-up is guaranteed, and they have a double-income potential: from the annual saffron harvest, as well as from the multiplied corms.”

Depending on the quality, farmers can earn up to R200 000/kg for their saffron, Engelbrecht says.

The capital outlay is R450 000 for 0.25 hectares. Engelbrecht explains that the plants flower 40 days after planting. At harvest time, a farmer needs 10 to 20 labourers per hectare. The duration of the harvest is two weeks, but every flower must be picked within 48 hours after blooming, while it is still fresh.

One plant produces up to ten flowers and needs to be picked more than once a day.

The hand-picked flowers are taken to a hygienic environment where the staff remove two petals. This gives access to the threads that are picked and dried. If they break or crumble, it affects the quality and therefore the price.

The dried saffron is stored in dark, cool conditions to enhance the flavour and aroma before it is sold.

According to Liebenberg saffron can be cultivated in almost any climate, even those unfavourable to other crops. He says most crops need 500mm to 800mm of irrigation per season, while 250mm to 300mm is enough for a successful saffron crop. It is also frost resistant.

The season stretches from March to October and the corms are left in the ground after that. Because the bulbs are not edible, the chances of petty criminals stealing it for food are small.

Internationally the demand for saffron exceeds supply. It is used primarily in the food industry as a seasoning to enhance flavour and aroma, but also in natural cosmetics, natural medicine and as a dye in the textile industry

Currently Iran is the biggest exporter, with a market share of about 90%. Other producer countries include Kashmir, Afghanistan, Greece, Spain, Morocco and India.

A report by Grand View Research put the size of the international saffron market at R13.4 billion in 2019, with an expected compound annual growth rate of 7.3%, reaching R22.4 billion in 2027. This forecast is based on the growth of the food industry, improved standards of living and disposable income among consumers.

Liebenberg foresees a huge potential for saffron farming in South Africa. He believes it offers an ideal opportunity – not only for existing commercial farmers, but also for the development of small-scale emerging farmers – and, as such, will assist in addressing the country’s high unemployment.

Liebenberg says the saffron venture offers many farmers who are currently under pressure an alternative option, while also giving small-scale farmers an opportunity with solid prospects.

He says it is ideal for niche farming. “The initial capital outlay is manageable, relatively little space is required (250m² can accommodate 15 000 corms), and Saffricon will assist with training to bring new farmers up to speed.”

He says it can uplift rural communities and help them to establish their own businesses.

“Even if 75% of all farmers in South Africa produce one hectare per season, the market won’t be saturated,” says Engelbrecht. 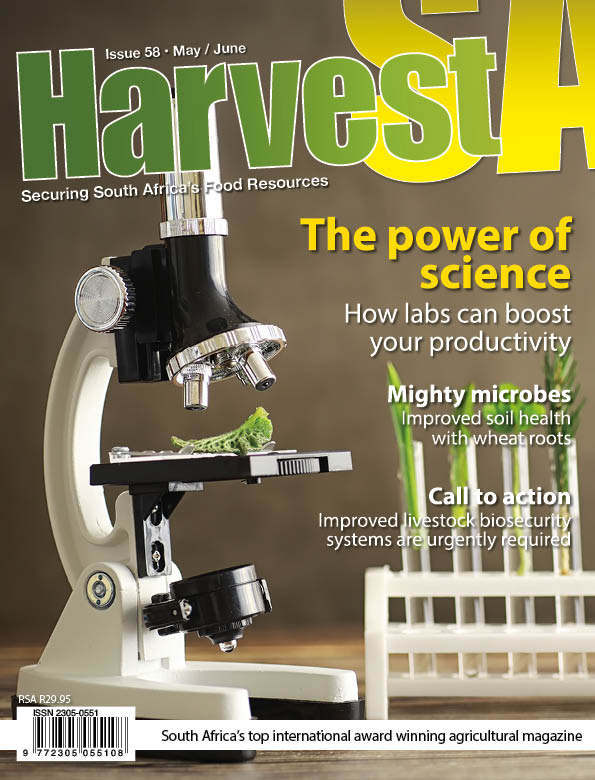